Welcome to the expedition, crew. Enjoy your stay.

Your side of the story:
I understand that the ban reason looks bad. And, mostly, it is bad, but I'd like to clarify the context of it. This was my first proper round on since AEIOU had become Eclipse. I'd fooled around during a couple lowpop rounds before it by joining as "Sans Undertale" to annoy Nestor, but was asked to stop after a couple times because it might annoy other players. I jokingly said something about Gaster, and was told "if you can make it not obvious, go for it", so I decided why not. I played it completely straight as "Gerald Aster", and frankly had a blast chasing some kind of shadow-dog thing around as it phased through the walls, taking pictures and samples as I did, and writing an extensive in-character bundle of notes and various documentation- with formatting, even. Then I made the mistake of running afoul of the Warden at the time- I don't recall the specifics, but they were very accusatory, and had previously been yelled at that round by the AI for basically hauling the entire armory around with them for what can only be described as "a thirst for valids". I wound up setting off Beepsky a few times, and eventually the Warden came after me.

No chance to peacefully come to the brig was given, no reason was given, I was just wordlessly tased, cuffed, and had my headset removed before being hauled to Sec for a full search. Somewhere around this point, I AHelped, and AHelped several more times with no response. I was in the brig for what I believe was at least twenty minutes, with the Warden refusing to give any justification or, in fact, really interact at all. I tried to maintain some sense of IC reaction, but eventually let my anger get the better of me and yelled at him in LOOC. A lot. Like, A LOT.

Eventually, I was let go, but for reasons unknown, the Warden took my research notes and made some snide comment about it (it was over a year ago, so I can't recall exactly what). My round now completely trashed, and mad as hell, I wordlessly disarmed the Warden, took his dropped stun baton(?), and started to beat him in the head with it. After a few hits, I got bwoinked. I screamed at the admin who, to me at the time, seemed to have completely ignored my ahelps but came down on me the moment I did something wrong, and was banned.

Why you think you should be unbanned:
While I fully admit I handled the situation poorly, I'd hope some of the things involved in putting me in the situation to begin with could be considered by staff. The Warden involved has since been banned from Security (or so I'm told), and I'm pretty sure the admin involved isn't even staff anymore. I attempted to handle the situation properly, but was seemingly ignored. I tried to maintain a level of RP, but was ignored by the other party. I tried to move on from the incident, but was left with a final, petty parting shot.

However, even if this all happened again, I doubt it would play out anywhere near this poorly. At the time, I didn't have the best handle on my anger. I had personal issues I would rather not discuss affecting things, and came into the server with the wrong expectations on top of that. I was expecting it to be AEIOU, the MRP goof-off server, but now under control of Nestor. That was the wrong attitude to come into it with, and my first mistake. My second mistake was going into LOOC to yell at the Warden, especially when I should have known that it wouldn't be productive in the slightest. My third was attacking him instead of just leaving and ahelping some more, and maybe leaving Nestor a Discord DM going "this Warden did XYZ to me, that's shitty of him, can the staff do something? It ruined my round.". My fourth mistake was assuming the staff member who bwoinked me was there to have seen my ahelps, or that they had any context whatsoever, and yelling at them for it instead of explaining things to them. I should have recognized that this was not a situation I could handle, and have withdrawn from the round or otherwise avoided it, but I didn't.

However, that was then. Now, I feel I have a better reign on things. I've had time to think about a lot of things in my life, and get my priorities sorted out- On a scale that's a lot wider than just SS13. I fully admit, in summary, that I fucked up. I can point to things and go "well that was shitty so I got mad", but that doesn't excuse the level of mad I got, or the actions I took. Even if I attempted to justify yelling at the Warden, there was no reason for me to yell at the admin like that. And ten or more minutes (I think?) of caps-lock, unreasonably, unstoppably mad LOOC isn't really justifiable either. 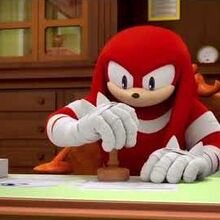